Jessica Jones in Bridget Jones’ Footsteps: female alcoholics and a dark side of femininity on film 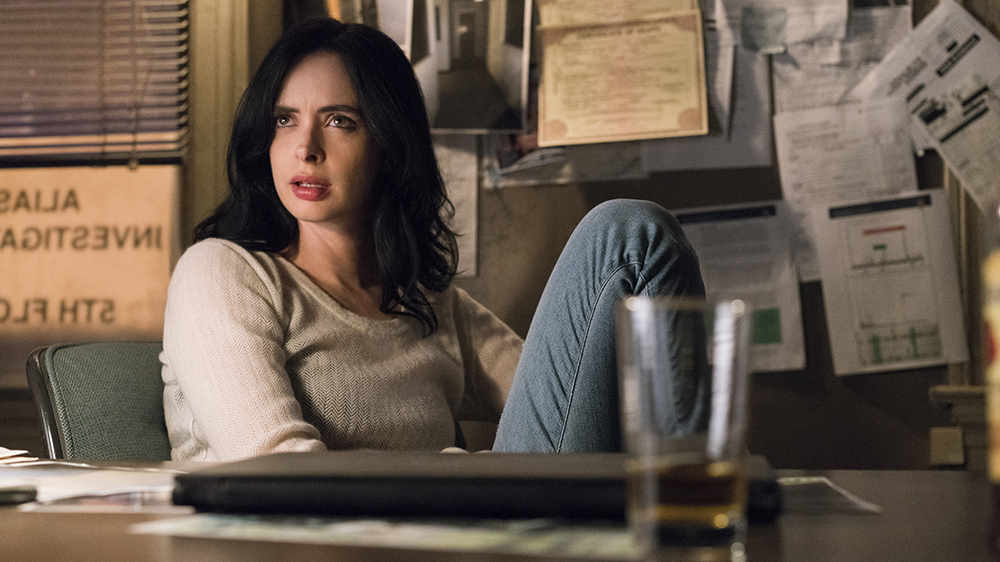 Marvel’s Jessica Jones (portrayed by actress Krysten Ritter) is a refreshing female protagonist in the boys’ club of the superhero genre. Many may find solace in Jessica Jones’s scruffy and troubled world, that is not surprisingly constructed around female power, substance abuse, and trauma. Réka Kinga Papp’s review of Jessica Jones Season 2 for PostCulture.org.

She is troubled and often even disgusting, but not in an ugly duckling kind of way. She has serious attachment issues and maintains her traumas as if her life depended on them. And maybe it actually does depend on them. Jones is a high functioning severe alcoholic private eye. She is a very “unladylike” leading lady in an unlikely profession which she also masters. In fact, Jessica Jones is a Philip Marlowe paraphrase. The series’ atmosphere and the protagonist’s personality traits are a clear adaptation of Raymond Chandler’s genre-defining existentialist universe. The adaptation is precise and punctual: there are no redundant girlish giggles to break up the tension, the characters are sincere and striking. Jessica Jones is not a woman playing pretend detective, but she is a full-blown hard-boiled detective who happens to be a woman.

The first series was built around an abusive relationship. The whole season is the becoming story of the independent women who work their way through pain and slaughter to claim their own self-determination against a mind-controlling murderous monster. Kilgrave’s English accent also evokes an aristocratic haughtiness which American popular culture has for centuries associated with un-earnt superiority. Jones and her sister need and support each other in this battle, but still, they cannot heal each other’s wounds, they only stimulate and protect one another.

The second season debuted this Women’s Day to elaborate on family matters, and very flatteringly so. The women in this story are not sweet. They are smart and aggressive, they confront, demand, dare and mess up. They get hurt and have hard times overcoming their flaws. They move each other and understand one another like men in the story do not. Also, most of them struggle with some sort of addiction: Jessica Jones is an active alcoholic who drinks to cope with stress and PTSD, her adopted sister, Trish Walker (Rachael Taylor) is a former child star and recovering drug addict. She was abused and exploited by her mother, who herself is a parasitic talent agent. The second season’s main villain is a grown woman who has little control and almost no anger management, and is regularly tranquilized by a man as if she were an animal. Yet she often voices how miserable she was in her former life as a suburban mom. She understands her rampages as acts of her liberation. Jones’s assistant, Malcolm (Eka Darville) is a recovering drug user, who keeps busy to avoid regression: he is a prototypical sensitive male addict who drowns his stress and dependency in crossfit and womanizing. There are characters who are transformed and later destroyed by battling drugs, a hippie with a Jesus complex, and a top-of-the-game shark who turns to drugs for healing and relief. Everybody is addicted, everybody abuses either substances or people. And their journey takes them through these hardships to test whether their relationships and morality are strong enough to keep them afloat.

Jessica and Trish are addicts with opposing goals. Jones uses alcohol to mute down and function, whereas Walker does drugs to enhance and volumize. The superhero sister is wrecked by her exceptional abilities, while the normal human sister is jealous of those exact feature her sibling struggles with. They both use their special skills, but they are never satisfied – Trish as a public personality has outreach and a strong voice, Jessica has her PI instincts and physical strength and they prove to need each other in each and every battle. Their sisterhood, however, often fails to keep them at peace.

Jessica’s regular client, Jeryn Hogarth (Carrie-Anne Moss) is a star attorney of rotten morals, who still backs Jessica every now and then. She is not trustworthy, often times betrays Jones, as she does with everyone else. She cheats on her wife with her assistant, gets caught up in a spiral of betrayal, blackmail, and violence, then ends up widowed, abandoned and diagnosed with an incurable disease. Her health condition forces her to reconsider human relationships and she turns to various drugs for hope and healing. Hogarth is a metaphor of the opioid epidemic that sweeps the US: her career as a patient and an abuser is at an early stage by the end of the second season but is promised to further develop in the future. Her role in Jessica’s life is that of an undependable, yet very necessary evil ally. It is worth noting that this figure was male in the original comic series, and was cast as a gay woman for the series. This gender change is similar to Jones’s Chandleresque transformation: these originally male characters are re-written as women, but not as ladylike; their femininity shows in their experiences, but they refuse the stereotypical cheesy female features.

Watching Jessica Jones often feels like peeping behind the scenery of public femininity, just to find tired, angry, edgy women who do not meet the social requirements and hardly even try to do so. Jones herself often even contrasts her surly manners by betting a conventional big smile or raising her voice to a higher pitch on the phone to disguise herself. Her girly-sexy persona is entirely fake, and it is even more painful to see people’s willingness to believe her pretense. Jones’ abuser, the supervillain of the first series, also demands her to play this fake persona for his delight, which also highlights the contrast between a public image of femininity and a hurt woman’s actual inner life.

Interestingly enough, this high pitch and the billboard smiles that actress Krysten Ritter flashes in these installments are familiar. They are the signature features of the comedy series Don’t Trust the B in Apt 23 in which Ritter formerly played a young female alcoholic of an opposing nature. Chloe was an all too cheery and glamorous It Girl of New York, whose alcohol consumption was as legendary as her party rampages. The two characters, however, share a long list of personality traits: they are both troubled and maintain attachment problems, use booze and meaningless sex to keep themselves functioning, and both of their stories revolve around female kinship. There is a strange reflection of this former role of Ritter’s in Jessica Jones’ parody of girlish manners, and it puts her actions in perspective.

Jessica Jones is appealing for the same reasons Bridget Jones was seventeen years ago: they both fail, they differ from the norms and will never conform to what is expected from a female protagonist. The first appearance of Bridget Jones brought a dramatic difference from the tone of romantic comedies, which at the time used to allow a singular special feature for a female character: they could be flawed in one particular way, but that would be their entire character. Jones, in contrast, was smart but not scholarly, had trouble holding her drink, quitting smoking, dieting, or keeping any sort of grace in her official positions. She was clumsy, in many senses very average and the exact opposite of wifey material. Yet she had enough self-esteem to quit relationships when she had to. She was dependable herself and could rely on her friend group who pushed and supported her.

Bridget Jones lip syncing All By Myslef in her pajamas

The third BJ film, unfortunately, is a sad vault of pitiful chick flick stereotypes and thus doesn’t really relate to the character who developed form the super successful books she originated from. It is even more pathetic if we compare that sequel to the third BJ book, Mad About the Boy, which is a brilliant masterpiece featuring a middle-aged single mom who struggles with parenting, grief, loneliness and aging, while starting a new career. That book made me cry and laugh as delicately as Chekhov did. (Whom BJ often mixes up with Ibsen.) It is even more ironic that this book elaborates on a filmmaking process in which BJ’s writer’s talents are abused and drained by a film production company. Bridget Jones’s Baby the film seems to serve as a demonstrative example for just that process which the third BJ book had so powerfully condemned.

But apart from the regretful failure that the third film is, Bridget Jones’ story suggested that women can actually be multi-dimensional yet not at all exceptional, and still on point, witty and nice, important and loved – by men and by friends just as well. Bridget was the trope of the woman, who we can love just as she is.

The women of Jessica Jones are tropes of the strong women whose powers and struggles define their characters, yet they fortunately lack all artificial grace or glamour. They are vulnerable and problematic, they make mistakes – some of them unforgivable. Their flaws are embedded in social conditions and their personal histories, and those result in major problems, such as abuse or substance abuse. Despite the fantasy elements of the superhero universe, their stories feel confusingly realistic. This dark side of female strength really needs to be shown to the world. 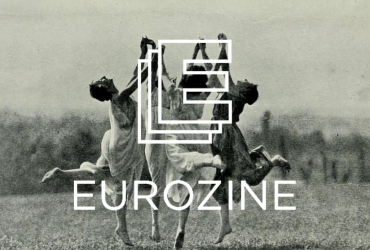 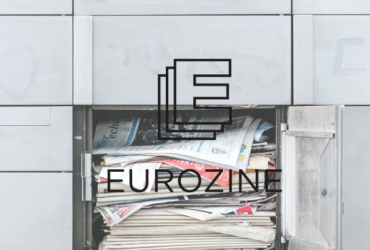 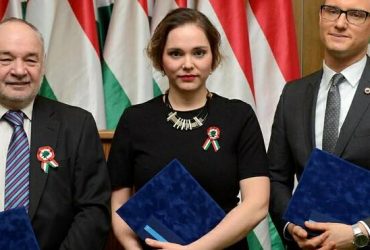 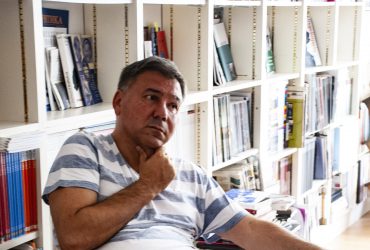